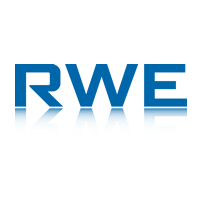 RWE AG, which is headquartered in Essen, Germany, has three operating divisions – Lignite & Nuclear, European Power (gas, coal, hydro and biomass) and Supply & Trading. The Company plays a crucial role in power system operations and security of supply across Europe. Its fourth mainstay is a financial holding in innogy SE, one of the continent’s leading energy companies. In March 2018, RWE announced that it would transfer this stake to E.ON via an asset swap. In return, RWE will receive the renewable energy businesses of innogy and E.ON as well as other assets. This transaction is expected to be completed by the end of 2019, at which point RWE will become Europe’s No. 3 renewable energy company and employ more than 20,000 people.